Understanding the pathological basis for ovarian tumour classification is important for providing informed and comprehensive treatment and management of ovarian disease. The World Health Organization ‘blue book’ Classification of Tumours of the Female Reproductive Organs is the gold-standard classification system, which underpins the diagnosis of these tumours worldwide.1 Ovarian tumours can be conceptualised in three broad areas: non-neoplastic tumours, primary ovarian neoplasms and metastatic neoplasia to the ovary. This article aims to provide a brief overview of ovarian tumours and their classification, concentrating on the more common tumours while highlighting some of the most recent changes and developments. 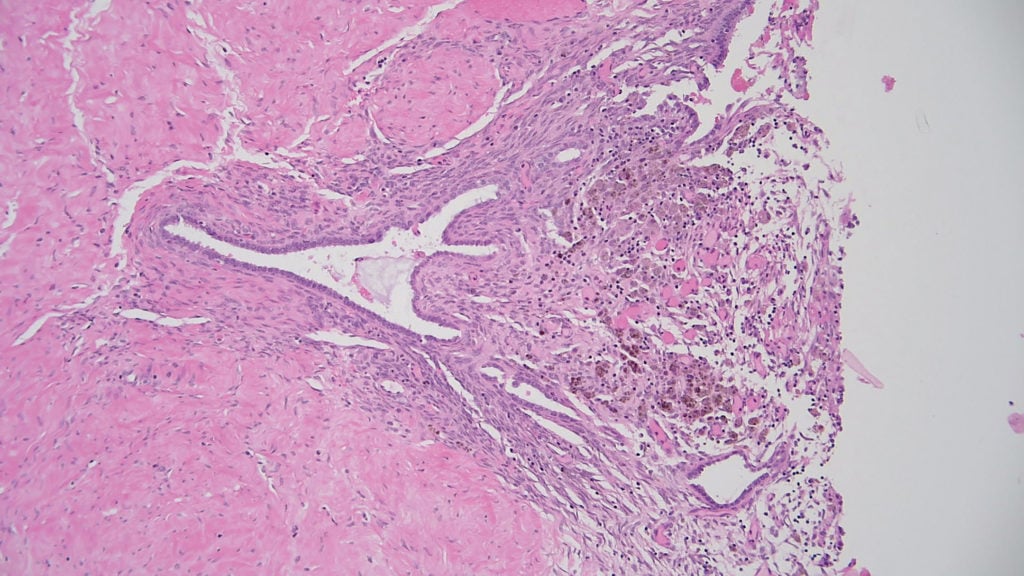 Epithelial tumours make up the bulk of the primary ovarian neoplasms, and are classified into benign, borderline (variably termed low malignant potential [LMP]) or malignant. The nomenclature for epithelial tumours is based on their cellular origin. They include, in order of most to least prevalent: serous, mucinous, endometrioid, clear cell, and Brenner tumours; mixed Müllerian tumours may occur. Seromucinous tumours are a separate tumour type included in the 2014 WHO classification;6 however, these will now be mentioned as a subtype of endometrioid tumours in the new, fifth edition of the WHO classification, due for release later in 2020. 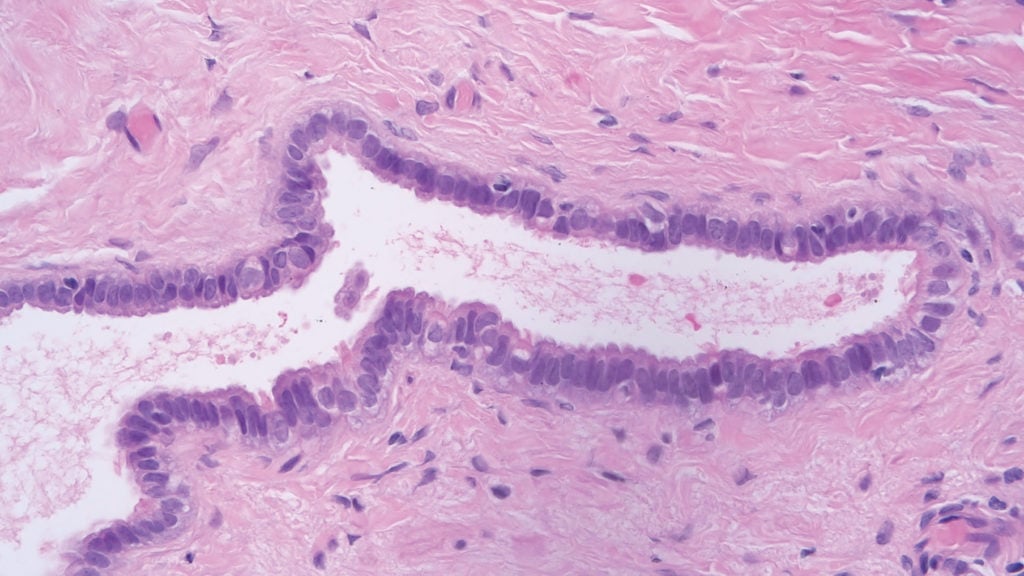 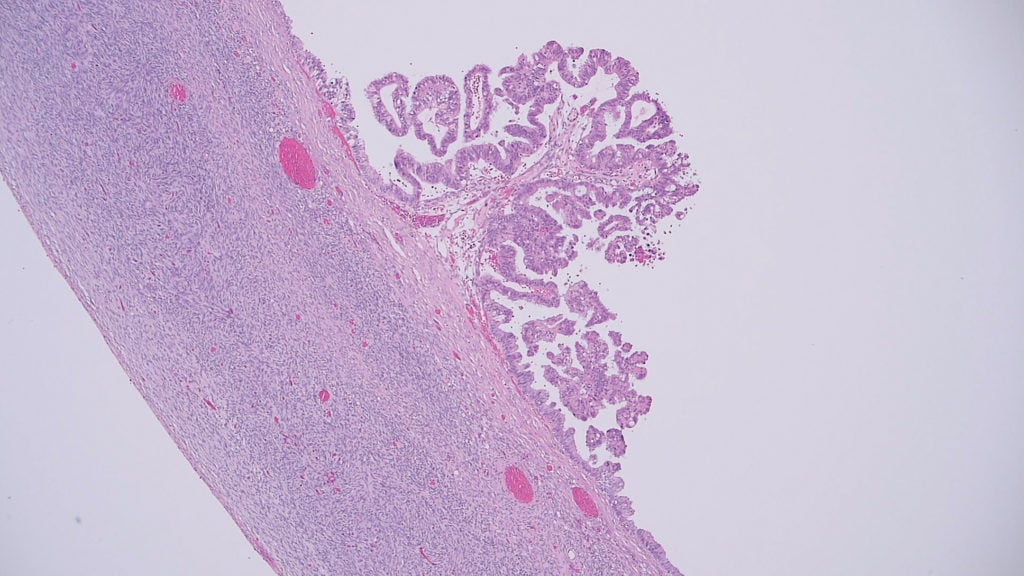 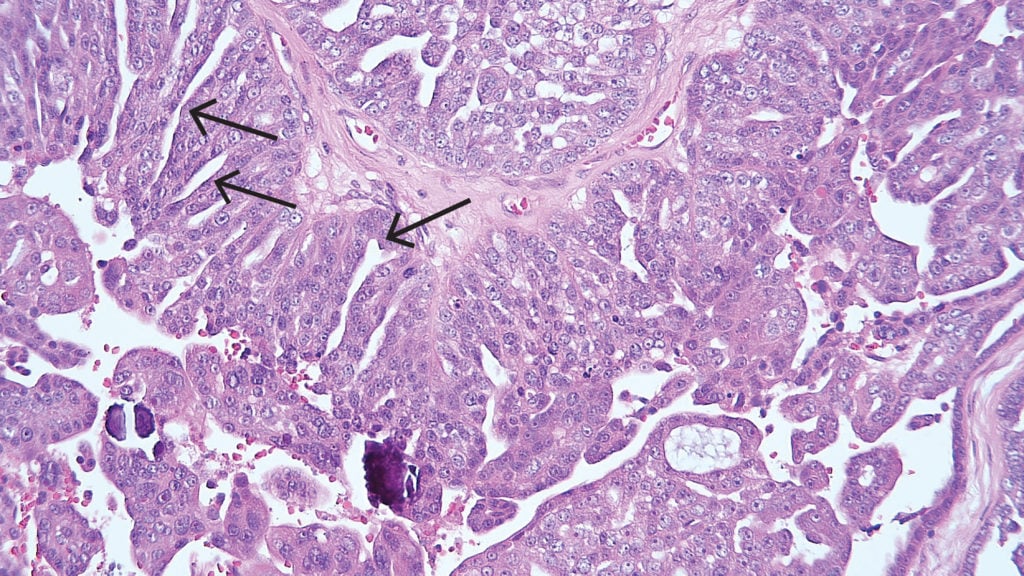 The classification system of ovarian germ cell tumours includes dysgerminoma, yolk sac tumour, embryonal carcinoma, choriocarcinoma, teratoma (immature and mature) and mixed germ cell tumour. Mature teratomas, also referred to as a ‘dermoid cyst’ or ‘mature cystic teratoma’, are the most common ovarian germ cell tumour. These tumours are benign, unless somatic-type malignant transformation occurs, such as squamous cell carcinoma in skin components, which is extremely rare.11 Unlike mature teratomas, immature teratomas have malignant potential and tend to be more solid than mature teratomas.12 Grading is based on the amount of immature neuroepithelial tissue present microscopically.13 Macroscopically, neural tissue typically appears soft and fleshy showing a yellowish to grey colour.14 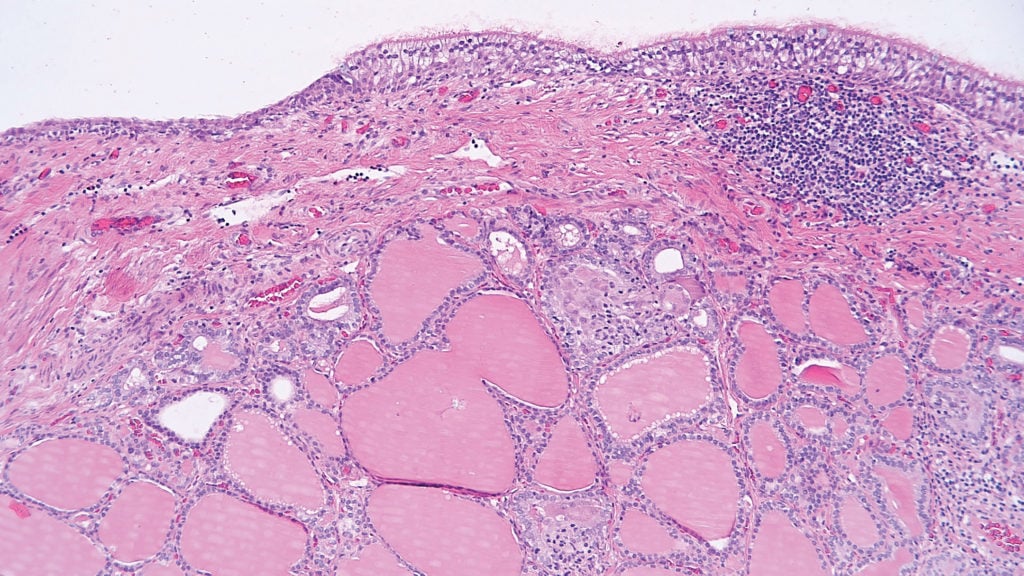 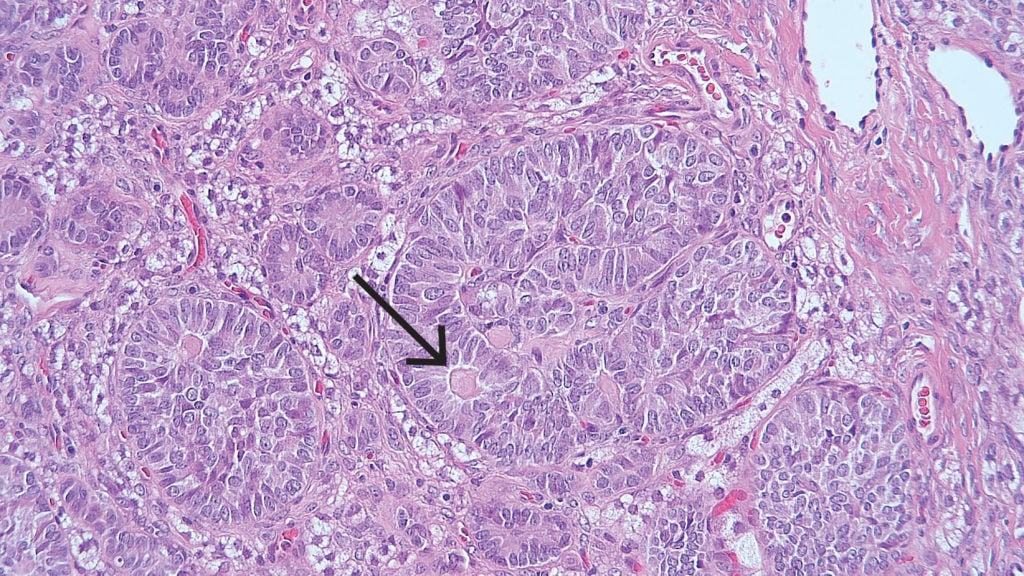 It is estimated that 3–15% of ovarian malignancies are metastatic in origin and may be the presenting sign of a non-ovarian primary.17 One of the most challenging diagnostic dilemmas is differentiating primary mucinous ovarian tumour from metastatic mucinous tumour. Macroscopic features that favour metastases include small size (often less than 10 cm), bilateral tumours, surface involvement, and extensive intra-abdominal spread.18 Additional microscopic features may also raise suspicion of metastases. For instance, in a low-grade appendiceal mucinous neoplasm, the mucinous glands are scalloped and show subepithelial clefts.19 Common primary mucin producing neoplasms that metastasise to the ovaries include the gastrointestinal tract, pancreas, breast and other gynaecological sites such as cervix.

Metastasis occurring from other gynaecological sites to the ovary represents a unique and fascinating situation where the clinical behaviour in a significant amount of these cases is more aligned with that of a low-stage, organ-confined disease.20 21 In the case of low-grade endometrioid endometrial carcinoma, with secondary unilateral ovarian metastases, there is evidence that these could potentially be classified as FIGO stage IIIA endometrial carcinoma, with the possibility for more conservative management options.22 It is anticipated that the staging of these tumours will evolve as molecular testing becomes more prevalent.23 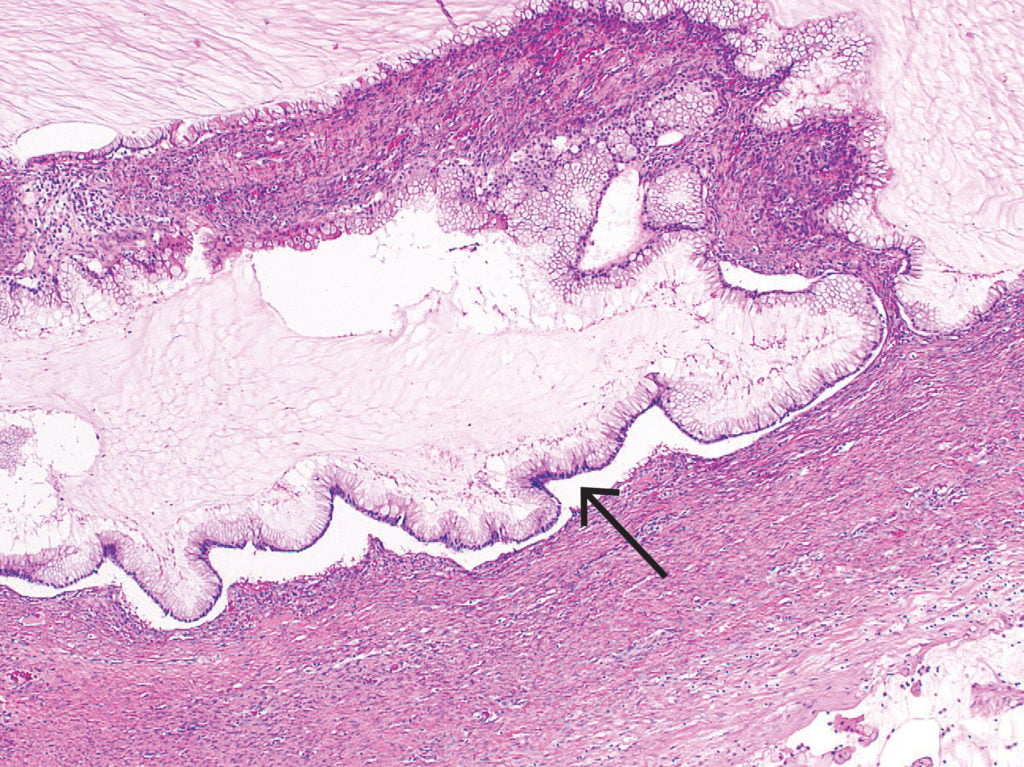 The classification of ovarian tumours is extensive, with a large range of morphological appearances. These histological features, however, still form the backbone of this highly reproducible classification system24 and in the vast majority of cases, accurately predicts whether tumours will be benign, borderline or have malignant potential.

Graph 1. Summary of the classification of ovarian tumours.

I wish to thank A/Prof Lyndal Anderson for proofreading and editing this article.