The crucial role of effective communication in the operating theatre has been emphasised in recent years. The advent and demonstrated effectiveness of the Surgical Safety Checklist has been an instrumental victory for those championing improved patient care.1 2 Unfortunately, medicine has been slow to understand and adopt the science of ergonomics and human factors.3

The adoption of ergonomic science principles will result in a paradigm shift in medicine. This has great propensity to improve patient safety through improving interpersonal co-operation and team performance.4 5 6

As seen through the surgical checklist initiative, medical professionals have been pushing for safety systems change, trying to enable ‘bottom-up’ change to help other providers do their jobs well. Patient safety and patient-centred care are emerging as key drivers in healthcare reform. Medical errors have been reported as the third biggest cause of death in the USA – the exact figure is unknown due to lack of transparency.7 The PatientSafe Network (PSN) is a group that has decided it is perhaps time we address this staggering statistic from within.

Medicine is unpredictable and precious time is lost when clinicians cannot remember the names of other people in the operating theatre (OT).8 In addition to helping in time-critical emergencies, named theatre caps can help prevent staff misidentification in seemingly routine procedures.9 10 11 One of the most tragic cases was when an anaesthetist, believing a staff member to be a nurse qualified in checking blood allowed blood to be given to a patient.10 Unfortunately, the staff member was a theatre porter and the wrong blood was given, which resulted in the patient’s death. Staff misidentification was felt to be a major contributory factor.12

The #TheatreCapChallenge is the remarkable result of one doctor’s slightly ‘awkward’ decision to scrawl his name and profession across his forehead. This seemingly small action has reverberated globally, as a shared desire to change the attitude towards safety in medicine. The idea reduces the chance of delays in identification between colleagues who’s faces are normally obscured by surgical gowns and face masks.13 In addition, health professionals in the modern environment can find themselves working in four or five different hospitals, with hundreds of different people. The ability to quickly identify people in unfamiliar places can prevent embarrassing and dangerous situations from developing. This initiative was born after months of deep reflection, mentoring and learning about change management. It is well recognised that humans are very poor at remembering names. After first introduction, even when not distracted, we only remember 30 per cent of names.14 15 Alison Brindle, a British midwife, came across the idea and developed the hashtag #TheatreCapChallenge. Alison had been handed equipment accidentally from physicians who mistook her for someone else several times. The initiative began to receive international support.16 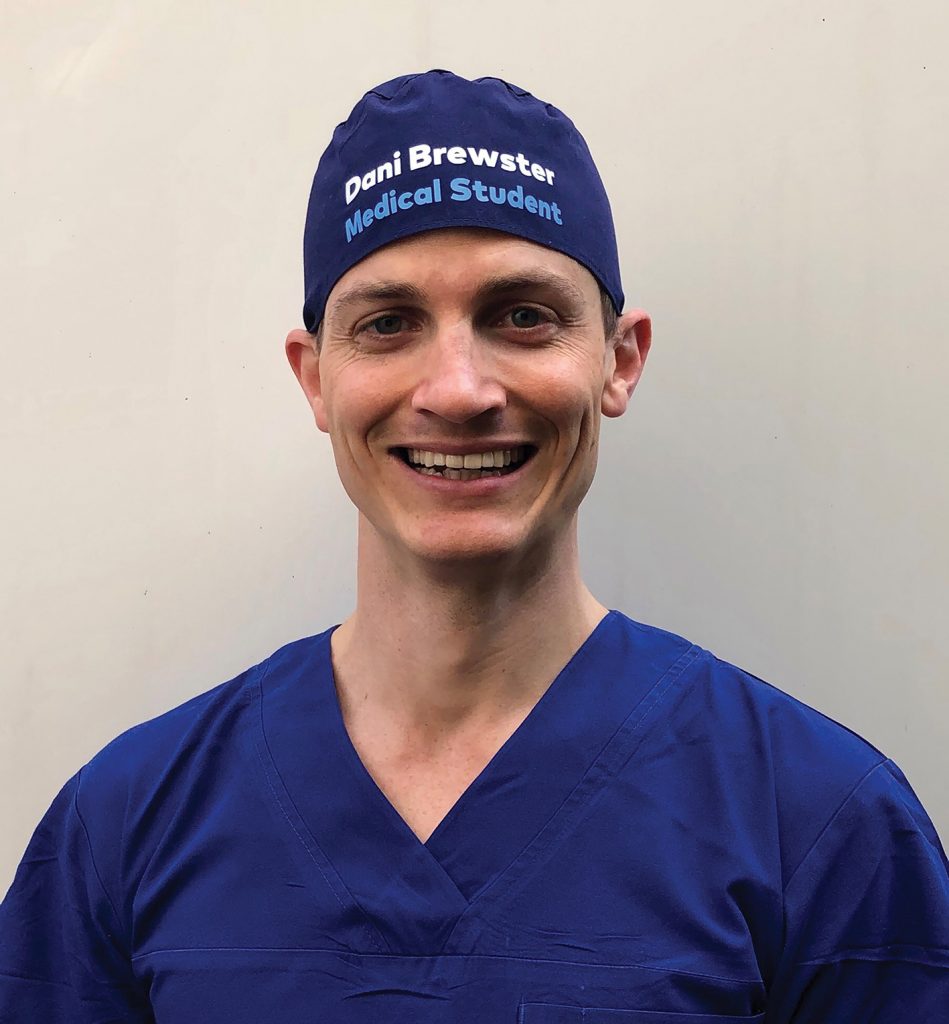 Four days after the hashtag was released on social media, the initiative was reported on in The Times newspaper. Two days later, it was on the front page of the Sydney Morning Herald.17 The article received more than a million reads two days in a row. It received more than 300 000 likes and more than 30 000 comments, mainly from patients18 who thought it was an obvious improvement. A recent survey, as yet unpublished, found that 89 per cent of 228 respondents working in healthcare institutions feel that operating theatre staff should clearly display their name and role at all times.19 In another survey of over 1000 individuals, 87 per cent of frontline staff supported name and role theatre hats.20

This remarkably simple idea, to write your name and role on your scrub caps, helped change the culture of the operating theatre, from anonymous to collaborative, which made it easier to coordinate.

Dale Carnegie once famously said ‘A person’s name is to him or her the sweetest and most important sound in any language’.21 It is then easy to understand why knowing and recognising a team member by name results in increased trust, promotes work engagement and has a clinical improvement through helping optimise teamwork.22 23 24 Medical staff – from surgeons to nurses, midwives and students – have taken to social media to share photos of themselves embracing their new way of enhancing safety culture in medicine.

Healthcare is emotive, and the different professions and command structures can breed conformity and resistance to change. Some senior theatre staff have fiercely resisted the change.25 Those working within the industry the longest can be particularly influential and prevent change. While 100 per cent of medical and nursing students supported the initiative, this number fell to 55 per cent for surgeons with more than 20 years in healthcare.26 Even though theatre uniforms look like pyjamas, the addition of a name and role on theatre hats seemed to be a step too far.

Within one institution, a senior surgeon has prohibited presentations on the #TheatreCapChallenge. In addition, managers have refused to address this despite being aware. The culture of a whole institution can be influenced significantly by one individual. At the same time, name and role theatre hats have been adopted by several trusts in the UK National Health Service, endorsed by the Australian Society of Anaesthetists, and supported by the American Society of Anesthesiologists, the European Society of Anaesthesiology, and RANZCOG.27

It has been New South Wales policy since the Garling Inquiry in 2008 that we should display our names and roles.28 We just haven’t been doing it. A ‘Name & Role’ project group has gathered information to help promote the #TheatreCapChallenge further. The group contains professors of communication, experts in simulation, nurses, midwives, surgeons, operating department practitioners, anaesthetists and many others.

Currently, in many theatres, people are nearly unidentifiable to the detriment of communication, teamwork and ultimately, patient care.29 30 31 Theatre caps are one way we can enhance communication and promote safety culture. This need for rapid identification is especially important in a constantly cycling workforce, in a hospital system that is gaining in complexity.32

The #TheatreCapChallenge is only one of the initiatives being driven by the PSN. All our initiatives look to improve patient outcomes, through ergonomics human factors design improvements. Another important initiative is the Australian Standardisation of the Hospital Emergency Number (ASHEN) that has achieved great progress and is building momentum to achieve international standardisation. This project was created to save lives and decrease morbidity from unnecessary delays through overcoming staff struggling to recall what their hospital emergency number (HEN) is during a time-critical emergency. In an ongoing survey of Australian hospitals and healthcare facilities, more than 51 separate HENs have been identified in over 268 institutions (approximately 29 per cent of all identified hospital and healthcare facilities).33 There were different numbers within a single local health district or area health service, or the HEN changed depending on the time of day. Errors in communication regarding the HEN have been found to occur in 13 per cent of studied deaths from in-hospital cardiac arrests.34 This is another example of ‘bottom-up’ safety changes that can create more reliability and performance by engaged healthcare providers. Standardisation will ensure that trained healthcare workers can perform effectively in all health facilities throughout the world.

In the UK, the NHS produces a subjective league table based on the feedback of frontline staff, focused on how well they believe their opinions are listened to. This transparency can help positive change to spread. An example of this form of transparency that the PSN is driving is with the ASHEN initiative. All hospitals have been displayed on a map, indicating visually which institutions have upgraded to the standardised 2222 number. Displaying information in this way is helpful in encouraging standardisation and in helping to raise awareness. We are looking to encourage the same internationally in the future, to help the public understand which hospitals and institutions are proactive in change and encourage a safety culture, and perhaps other aspects of patient care. For instance, which hospitals use:

Safety culture is determined by the individual’s safety attitudes, beliefs, behaviours and values. It is the way safety is perceived, valued and prioritised in an organisation.17 This culture reflects the real commitment to safety at all levels in the organisation, or ‘how you behave when no one is watching’. We can all contribute to a positive safety culture through considering how the design of work, tools, artefacts and environments helps or hinders our work. Through one small change at a time, we can improve our system.

A paradigm shift needs to occur among managers and senior staff. Instead of focusing on telling frontline staff how to do their jobs, there needs to be greater emphasis on making it easier for them to do their jobs well. To us, the authors, this is what ergonomics human factors design is all about: providing an environment that makes it easier for us to do our jobs well. This requires much greater collaboration with all interested parties, particularly frontline staff. This is how the PSN operates.

The PSN is a not-for-profit charity focused on collaborative implementation of effective safety interventions. We bring together different sources of expertise to improve patient safety.

We can now work in ways not available to us in the past. Through social media, networked international teams can help to improve patient safety and the effectiveness of services. Social networks such as Twitter, Facebook, LinkedIn and others allow us to collaborate efficiently, sharing information. Other software platforms (we’re using BaseCamp) allow us to use this information within focused project groups of passionate individuals. It’s amazing to see this in action and to be part of it through the PSN.

Perhaps you and your colleagues could do something similar or join us and be a champion for change. 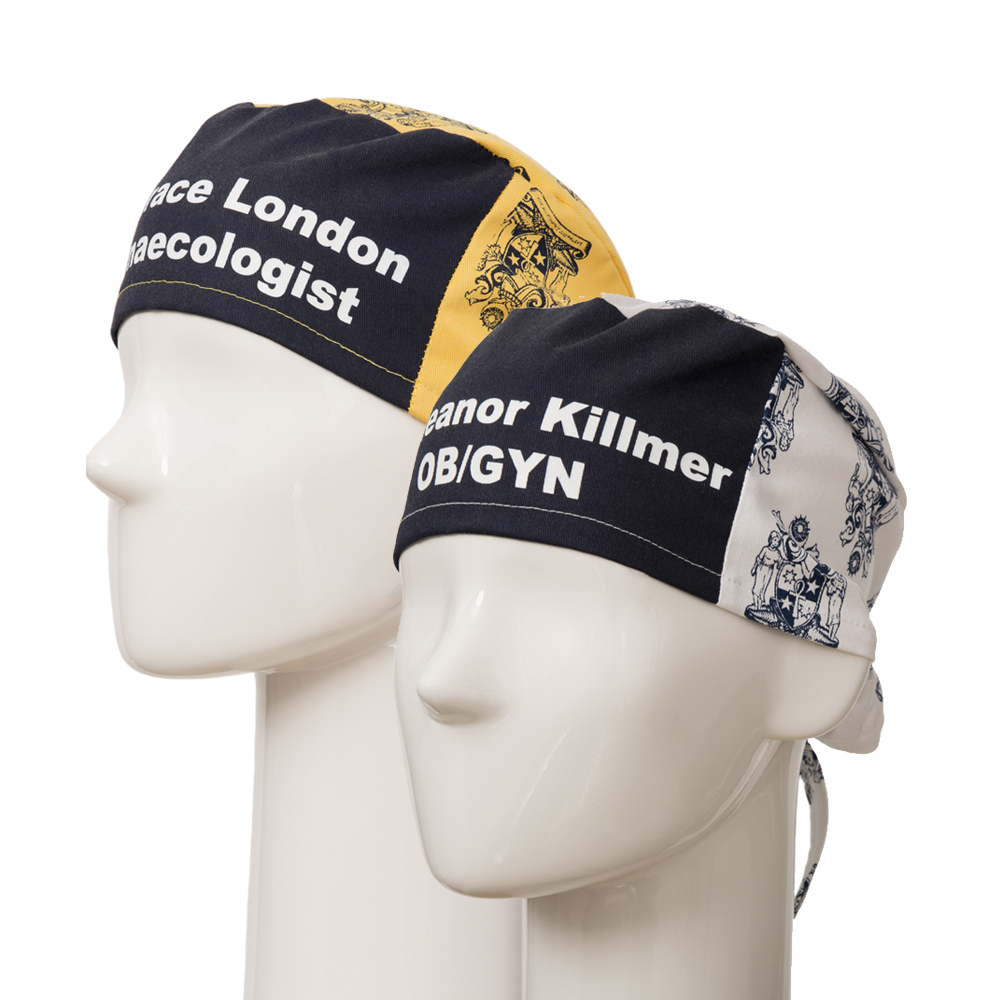