We read the recent ‘Tools of the Trade’ issue of O&G Magazine (Vol 17 No 4 Summer 2015) with interest and report here on the use of rotational thromboelastometry (ROTEM) and thromboelastography (TEG) in an obstetric setting. 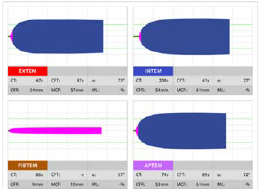 Figure 1. This is an example of a ROTEM graph for a patient with normal clotting function.1

Massive obstetric haemorrhage is a common and important emergency. In 2006–10, obstetric haemorrhage was the third-leading cause of direct maternal death in Australia 2 and the leading cause of maternal mortality and ICU admissions worldwide.3 In Australia, 1.28 per cent of women giving birth will require transfusion of two or more units of blood.4 In South Australia during 2013, 4.6 per cent 5 of deliveries were complicated by postpartum haemorrhage (PPH) of more than 1000ml and, in Australia each year, six to nine women per 10 000 6 will undergo emergency peripartum hysterectomies when other interventions fail.

Conventional coagulation tests such as platelet count, prothrombin time (PT) and activated partial thromboplastin time (aPTT) have several limitations: it can take up to an hour to obtain results; they are performed on plasma rather than whole blood; and they cannot diagnose multi-factor coagulation defects.8 It has been reported that during massive PPH, PT and aPTT levels can remain normal despite 4500ml of blood loss.9These tests are also insensitive to fibrinogen levels.10

The conversion of fibrinogen to fibrin via the common coagulation pathway is essential to stable clot formation. Acquired fibrinogen deficiency is a major coagulation abnormality associated with PPH, with the fibrinogen concentration inversely proportional to blood loss volume.11 Fibrinogen levels less than 2g/l are associated with critical physiological derangement11 and the need for massive transfusion.10 Fibrinogen levels can be performed, but can similarly take an hour to obtain results.ROTEM and TEG are visico-elastic poin tof care tests, providing rapid functional assessment of coagulopathy, that have the potential to advance the management of coagulopathy associated with PPH. ROTEM/TEG have been available in Australiafor some years and are used in hepatic, cardiac and vascular surgery. Both of these tests measure individual components of haemostatic clot formation via intrinsic and extrinsic pathways, analysing clot initiation, clot strength, hyperfibrinolysis, platelet deficiency and fibrinogen level.12 They can also provide an indication of abnormalities of coagulation within ten minutes of testing. This potentially allows for more rapid, goal-directed replacement of coagulation products and minimises the use of blood products. The latter is important as it reduces risk of acute allergic reactions, transfusion-related acute lung injury and transfusion-associated circulatory overload.13 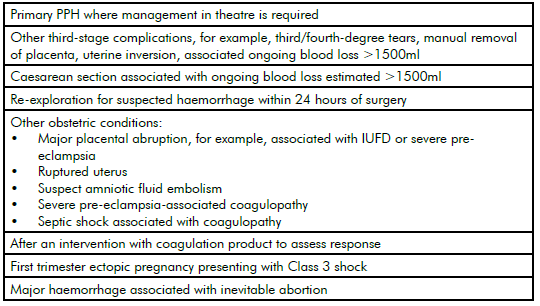 Table 1. Clinical situations in which ROTEM/TEG might be useful.

A representation of various clotting functions over time is provided as different graphs, which are interpreted and guide treatment. Once therapy is initiated, it is advisable to repeat the ROTEM/TEG to determine if interventions are effective and clotting profiles normalise. ROTEM/TEG’s several different channels assess platelet deficiency, fibrinogen deficiency, hyperfibrinolysis and coagulation deficits. The graphs depict each deficit differently, so they can be corrected with replacement compounds such as cryoprecipitate, fresh frozen plasma (FFP), platelets and tranexamic acid.

Hyperfibrinolysis occurs when fibrinolytic activity is increased. It can compoundcoagulation defects.17 ROTEM detects hyperfibrinolysis on the INTEM/EXTEM graphs via falling clot amplitude. It is detected by comparing EXTEM and APTEM.18 Hyperfibrinolysis can be treated with tranexamic acid (TXA), an antifibrinolytic agent that competitively binds to plasminogen, preventing it from binding to fibrin.

ROTEM does not detect disorders of platelet function, such as von Willebrand disease or anti-platelet activity related to drug use.19 ROTEM/TEG promises to be a valuable tool in managing coagulation deficits during PPH in the future.