For the broader O&G Magazine readership, balanced answers to those curly-yet-common questions in obstetrics and gynaecology.

What is the role a menstrual cup?

In future, the reply to your menstrual history question ‘How often do you change your pad or tampon?’ might increasingly be ‘I actually use a menstrual cup!’

What is a menstrual cup?

Menstrual cups are flexible, reusable cups, usually made of rubber or silicone, that are worn intravaginally to collect menstrual flow. Interest in their use is increasing, largely because of public desire for more environmentally friendly menstrual products. 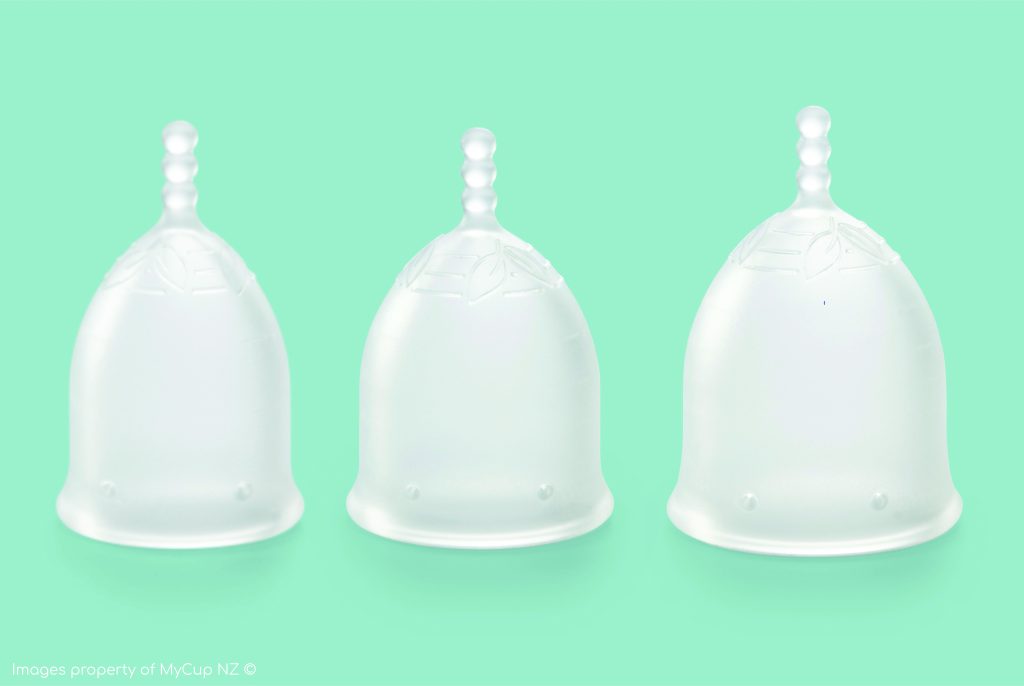 A set of menstrual cups in varying sizes.

Is it a new invention?

The first commercially available menstrual cup, similar to the ones on the market today, was patented in 1937 by American actress Leona Chalmers and made out of latex rubber. This was only four years after the tampon was patented.

What are the benefits of a cup?

Menstrual cups are lower cost and environmentally sustainable. The average user of menstrual products throws away 125–150kg of tampons, pads and applicators in their lifetime. The plastic waste ends up in landfill or, even worse, in seas, rivers and on beaches. In their 2016 beach clean-up, the Marine Conservation Society found 20 tampons and sanitary items per 100 metres of shoreline in the UK. Two billion menstrual products are flushed down the toilet a year and are responsible for 75 per cent of all cases of blocked drains. The time it takes for a tampon or pad to degrade in landfill is centuries longer than the lifespan of the individual who used it. Some sanitary pads contain up to four plastic bags worth of plastic.

The cup costs around NZ$40 and has a lifespan of up to 10 years. A woman may use 240 tampons a year, which adds up to $9120 over a lifetime. Menstrual poverty is an issue in Australia and New Zealand, with some girls missing school as their families cannot afford menstrual products. In NZ, there have been some discussions about whether removing GST from menstrual products would reduce this problem. A NZ menstrual cup company has already donated 4000 cups to needy communities in NZ since August 2017.

How acceptable are menstrual cups to women?

A Canadian multicentre randomised controlled trial comparing tampons with menstrual cups, published in 2011, found that cups were a satisfactory alternative to tampons and have the potential to be a sustainable solution to menstrual management, with moderate cost savings. Overall satisfaction on a seven-point Likert scale was higher for the cup group than for the tampon group. Approximately 91 per cent of women in the cup group said they would continue to use it and recommend it to others.1 A South African randomised cross-over trial, published in 2015, compared the acceptability and performance of cups to tampons and sanitary pads in a low-income setting. In comparison to pads and tampons (usual product used), cups were rated significantly better for comfort, quality, menstrual blood collection, appearance and preference. Both of these comparative outcome measures, along with likelihood of continued use, recommending the product, and future purchase, increased for the menstrual cup over time.2

Is a cup difficult to insert?

A major barrier to menstrual cup acceptance is the requirement that it be manipulated into and out of the vaginal vault, necessitating contact with genital tissues and menstrual fluid. A US study found that a simple illustrated instruction sheet allowed 99 per cent of study participants to insert the cup without assistance in the first practice session. Instruction sheets can be tailored to the needs and concerns of diverse populations.3

A retrospective survey of 930 women using an IUD in Canada showed that there was no evidence of higher IUD expulsion rates in cup or tampon users compared to women using pads.4

Both intravaginal devices appear to be risk factors for the development of menstrual toxic shock syndrome (TSS) and precautions should be advised. A recently published French in-vitro study (April 2018) showed a slight increase of staphylococcus aureus growth and toxin production with menstrual cups, due to the introduction of a higher volume of air than that occurring with tampons in their in-vitro system.5 Use of a small-sized cup should be advised to limit this effect. Additionally, staphylococcus aureus forms a compact biofilm on contact with the cup, which is resistant to washing with water. The current advice is to empty the cup every four to eight hours and rinse it with water. The authors of this study found that rinsing alone would not eliminate the bacteria and suggested investing in a second cup so that cups can be sterilised between uses. Commercial recommendations prior to this study were that cups should be sterilised at the end of the period. There are a lot of unanswered questions as this was just an in-vitro study. Further research is needed to clarify how often and how the cups should be cleaned to reduce TSS.