Preterm birth (PTB) occurs in five to 18 per cent of pregnancies and is the leading cause of neonatal morbidity and mortality, and infant death. Although a previous spontaneous preterm birth is an important risk factor for a recurrent preterm birth, nearly 70 per cent of PTBs occur for women without an identifiable risk factor.

There is good biological plausibility for the use of progesterone to prevent preterm birth. Progesterone insufficiency is considered to be one of the main contributors to the process that triggers uterine contractility. Progesterone reduces myometrial sensitivity to oxytocin, blocks adrenergic receptors and prostaglandin synthesis and stimulates lymphocyte-associated synthesis of progesterone induced blocking factor, all of which facilitate uterine quiescence during pregnancy.

There are two forms of progestogens available in Australia, 17 OH progesterone and the micronised progesterone as a 100 or 200 mg tablet. For the purpose of this article, we will only consider the use of the latter.

Although many randomised trials on progesterone for the prevention of preterm birth have been published, the results have been inconsistent owing to the selection of women randomised; with or without previous preterm birth, with or without known cervical length (CL) singleton and multiple pregnancies. As a result, the published systematic reviews have also been less informative and with possibly misleading conclusions. The 2013 Cochrane Review,2 for example, has a general conclusion that vaginal progesterone is of benefit in women with previous history of preterm birth. There was no mention made of the CL. Others have selected women with singleton pregnancy3 4 and with multiple pregnancy5 with a short cervix and noted that the benefit is limited to this group only.

Paramount to determining the success of progesterone to reduce risk of preterm birth is therefore to identify women who will benefit. It is not efficacious for all women. For this reason, we have used data from papers and reviews that have used individual patient data analysis so that there is clearer patient selection and thus hopefully make clearer recommendations. 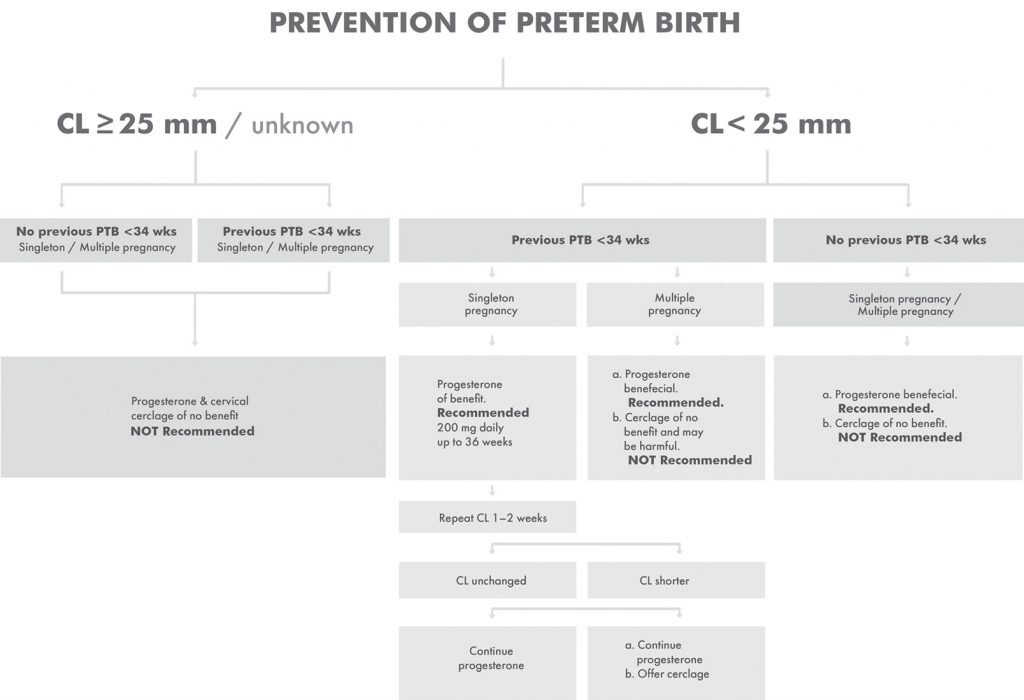 Figure 1. Flowchart for the use of progesterone to prevent preterm birth.

O’Brien’s study6 excluded women with short CL, PROGRESS trial7 with CL unknown/unspecified and OPPTIMUM8 with mixed CL population, have all failed to show any beneficial effect of progesterone for the prevention of preterm birth.

Currently, the use of vaginal progesterone cannot be recommended for these women.

Singleton or twin pregnancy with CL ≤25 mm, with and without previous preterm birth

A subgroup analysis in the metanalysis of trials on women with singleton pregnancy and a short cervix that also included selective women from the OPPTIMUM study11 reported that the frequencies of preterm birth <36, <34 and <28 weeks of gestation were significantly lower in the vaginal progesterone group.

There was also a significant reduction in the risk of respiratory distress syndrome, composite neonatal morbidity and mortality and admission to the neonatal intensive care unit (NICU); frequency of neonatal death was 1.4% in the vaginal progesterone group and 3.2% in the placebo group.

A review that included women with twin pregnancy and a short cervix12 also concluded that vaginal progesterone significantly lowered the incidence of preterm labour before 34 weeks of gestation and another13showed a reduction in adverse perinatal outcome (15/56 versus 22/60; RR 0.57; 95% CI 0.47–0.70)

Cervical cerclage placement is, however, associated with increased risk of rupture of membranes, chorioamnionitis, vaginal bleeding and cervical trauma, as well as the risks associated with the anaesthesia.

The choice of treatment therefore would be based on risk of adverse effects of an invasive procedure, cost-effectiveness as well as the woman’s preference. The following practical recommendation is thus suggested:

Currently, in this subgroup, continuing vaginal progesterone is recommended as first-line prevention as stated above and repeat CL in one to two week:

A systematic review16 noted that although there were no significant differences between cervical cerclage and vaginal progesterone for this subgroup, in the risk of preterm birth, very low birthweight (aOR 2.22, 95% CI 1.07–5.73) and respiratory distress syndrome (aOR 3.88, 95% CI 1.09–21.03) were more frequent in the cerclage group.

Currently, in this subgroup, vaginal progesterone only is recommended. Cervical cerclage may be associated with harm.

Regarding its safety, there is no evidence of any short- or long-term harm to either the mother or the newborn. The OPPTIMUM trial17 reported on childhood outcomes at age two years using the Bayley Score of Infant Development and Vedel et al.18 at an eight-year follow up; neither have noted any harmful effect of exposure to progesterone.

We should no longer consider the success of intervention only on birth before 37 or before 34 completed weeks of gestation. Studies need to address particularly on any effect on fetal neonatal short- and long-term morbidity.