Postmortem or posthumous sperm retrieval (PMSR) involves the collection of sperm from a recently deceased male for the purpose of posthumous reproduction. Since 1980, advances in assisted reproductive technology (ART), particularly the high success rates associated with intracytoplasmic sperm injection (ICSI), have made PMSR increasingly feasible as a way to allow someone to conceive a child despite the death of the prospective biological father. While the medical procedure to retrieve sperm (from the vas deferens, epididymis or testis itself) is straightforward, the ethical and legal issues associated with retrieval and use are complex.1 This article looks at the ethical issues associated with the use of sperm following a man’s death, issues that have been described as among ‘the most challenging, difficult, and sensitive … in the field of medicine’.2

Explicit written consent prior to death is the test required in most Western legal jurisdictions that allow, or at least don’t prohibit, the postmortem collection of sperm and its subsequent use in artificial reproduction, including the UK, New Zealand and several Australian states. Such a test is widely seen as the appropriate way to show respect for the autonomy of the deceased. Note that consent here is understood as properly informed consent, and so includes competency, disclosure, understanding and voluntariness.3 Men who consent are supposed to understand what PMSR-based conception involves, to have thought about its impact on their partner and the child, and to have decided freely that this is a course of action they want.

For some jurisdictions, such a stringent form of consent is still not enough to permit PMSR and posthumous conception. PMSR is illegal, for example, in France, Germany, Sweden and Canada. But should the test of explicit consent even be considered a requirement for such procedures? Much of the recent debate on the topic of the appropriate kind of consent focuses on the fact that men who die suddenly (in accidents, for example) are not likely to have thought about giving explicit consent, even though they may well have wanted their partners to have their child  under these circumstances. This has led a number of ethicists to propose another model of consent: implied, inferred or hypothetical consent, here understood as the idea that it is enough that the person concerned would, on the balance of probabilities, have consented to the course of action in question – in this case, that the deceased would have consented to having sperm retrieved and used for conception had he been presented with the relevant facts pre-mortem. The Cornell guidelines used by several New York hospitals require either explicit or implied consent, calling this ‘presumed’ consent.4 Israel is sometimes said to use a system of implied consent when considering PMSR, but in fact, Israel requires little more than evidence of the desire for fatherhood on the part of the deceased.

It is important to stress that evidence for implied consent on the part of the deceased requires evidence that the deceased would have consented to certain procedures happening after his death, not merely that he might have consented. Given the nature of PMSR, however, the evidence for this is often problematic. Even the fact that the couple were known to be considering IVF, for example, tells us nothing on its own about the man’s feelings about PMSR and posthumous fatherhood. What if the partner states that the deceased had indicated a preference for PMSR were he to die, with family members backing up her testimony? The problem with this kind of testimony is that it is not only subject to confirmation bias, but the man’s partner as well as other family members have an obvious conflict of interest – they have a motivation to hide the truth, or put a certain spin on things the deceased might have said.5 6 Not surprisingly, many ethicists think that the difficulty of verifying implied consent leaves a system of explicit consent more clearly aligned with the ideal of respect for personal autonomy than a system of implied consent.

How does all this compare to the ethics of consent in the case of organ donation following death? There are both similarities and differences. In the case of posthumous organ donation, explicit consent seems again to be the consent regime that best supports the ideal of personal autonomy; even though the kind of opt-in mechanism typically used in the case of organ donation (ticking a box on a driver’s license, say) scarcely meets the conditions of informed consent, which in turn may help to explain why in so many jurisdictions the next of kin have the ability to override the deceased’s consent. By the nature of the case, no such overriding can take place in the case of PMSR and posthumous conception, since the wishes of the deceased man’s partner, not the deceased alone, play an integral role in determining whether the procedures should go ahead.

In the case of posthumous organ donation, the fact that a regime of explicit consent often goes hand-in-hand with a low rate of organ donation has been an important driver behind arguments for a very different notion of consent: presumed consent, implemented by an opt-out system, where it is ‘presumed’ that a person has given consent unless he or she explicitly indicates that they decline consent. In the case of PMSR the debate has mostly involved the choice between explicit and implied consent, but there are now signs that this is changing. Recent papers, such as Tremellen et al7 and Young,8 argue that a strong case can also be made for a regime of presumed consent in the case of PMSR and posthumous conception, since there are few significant moral differences between the case of posthumous organ procurement for the purpose of transplantation and posthumous sperm procurement for the purpose of posthumous artificial conception. In particular, Tremellen et al argue that PMSR and conception may well be in the best interests of the deceased’s partner, and that where there is a tension between an individual’s self-interest and a demand of morality, such as consideration for others, the individual has a moral duty to follow this demand if it comes at little cost to the individual (the so-called duty of ‘easy rescue’).9 Furthermore, they argue that there is good statistical evidence to suggest that men would want posthumous conception if their partners wanted it. Their conclusion is that the best way to accommodate these considerations is a system in which men are presumed to have consented to PMSR and conception unless they expressly choose to opt out.

Tremellen et al also suggest that surveys on men’s beliefs about posthumous conception suggest that men by and large would want posthumous conception if their partners wanted it. Unfortunately these surveys are poorly representative, since they involve men who have had their sperm frozen, as well as couples trying to conceive. A more representative US survey is reported by Hans,11 which similarly supports a policy of presumed consent. But appealing to such surveys is problematic, for why should the preferences of the majority dictate a policy that will apply to all men, including those who would not approve of their partner’s use of their sperm? (The fact that a policy of presumed consent allows men to opt out means little; as often happens with opt-out systems, even those with strong views may simply give no thought to the remote chance that they might be affected by the policy.) 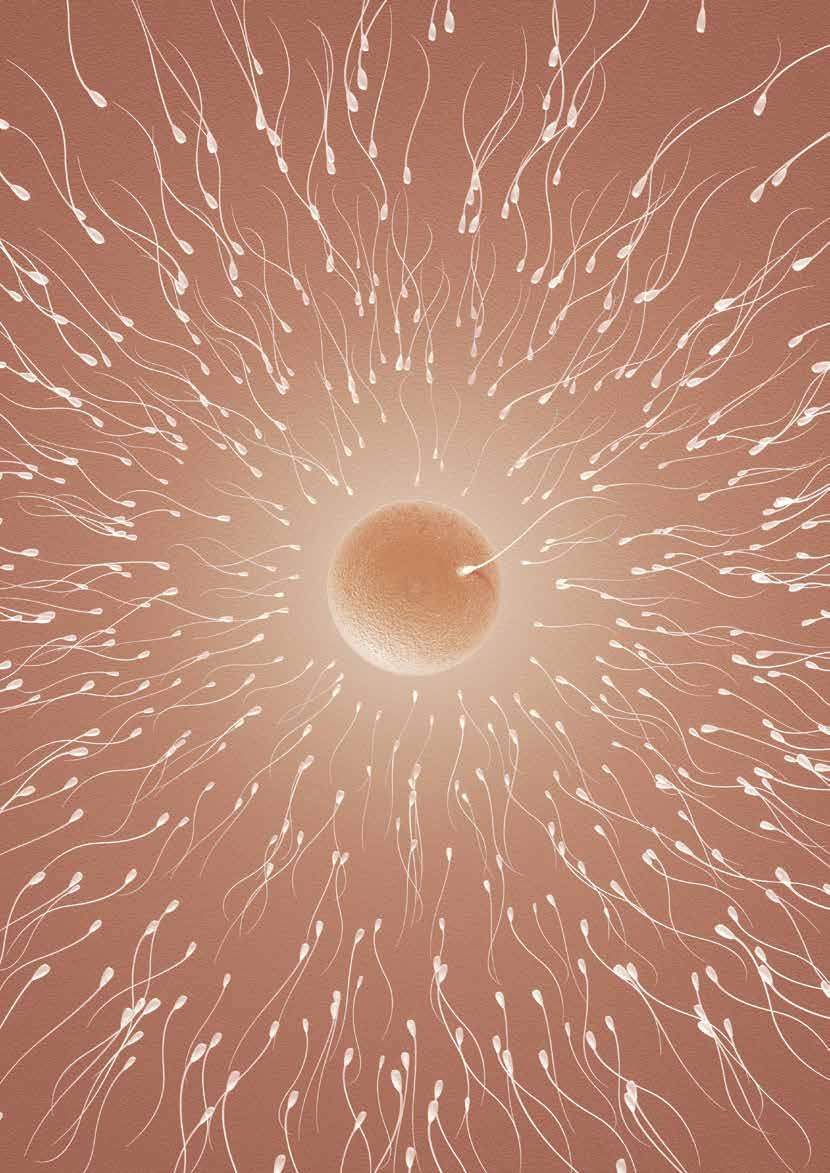 Are there other arguments for a regime of presumed consent for PMSR? It could be argued that organs able to be transplanted become a mere resource once their possessor has died. Can sperm be considered in the same way? On such a pure resource model, a man’s viable sperm is a pure genetic resource, usable by his partner, and benefiting both man and partner if he is alive and a child is produced, but his partner alone if he is deceased and the sperm is released to her for purposes of artificial conception. As a pure genetic resource, the sperm is something the deceased has no interests in, apart from it being part of his body. This limits his autonomy, since none of these things can be used to his benefit after death (and not simply because there is no ‘him’ to benefit). Any duties he has as a moral agent prior to death can only involve the way he might enable this resource to confer a benefit to others, especially to his partner since she is the one who can benefit most directly through artificial conception. This viewpoint lends itself to an opt-out scheme.

Compare the pure resource model with an alternative model that we might call the relational model. This, we think, is the model at play in the debate between the two ‘standard’ positions discussed earlier: explicit versus implied consent as a necessary condition on PMSR and PMSR-based conception. On the relational model, gametes, including sperm, are invested with a certain relationship potential: people care about their potential offspring, seeing them as their offspring, a relationship that is centred on them. For that reason, they don’t consider sperm to be a pure genetic resource in which they can’t sensibly be said to have interests after death. If the sperm are used to conceive a child, the child is theirs and they have a vested interest in what happens to that child, even if they are not around to help rear the child. That is precisely why they might refuse to give explicit consent to having their sperm used for the purpose of artificial conception. That is also why there is no clear duty of ‘easy rescue’: even if a man has a prima facie duty to help his partner achieve happiness through helping her conceive a child, since the child will also be his child it is morally appropriate for him to make sure his interests are protected. This also explains the importance of agent autonomy and the quality of the consent.

Many people, we suspect, would accept the pure resource model as the appropriate model in the case of posthumous organ donation, and this may explain why a policy of presumed consent for posthumous organ donation doesn’t, by and large, strike people as morally outlandish. What about PMSR? Which model best captures the way men belonging to our culture think of sperm and its potential for use? The answer to this question will tell us which policy is likely to sell: important if one is designing healthcare policy and protocols around PMSR and PMSR-based conception. So far, the evidence favouring a pure resource model is far from clinching.

The conclusion we come to, then, is one of caution. So far, at least, the case for a presumed consent regime for PMSR and PMSR-based conception does not look as promising as it may be in the case of posthumous organ donation. Even an implied consent regime has clear problems; in particular, the epistemic problem of knowing what the deceased would have wanted. It is important that the debate continue, but as things stand, we think the morally safest option is a system of explicit consent or, at best, a system of implied consent with stringent demands on the level of evidence required.