A high-profile event in 20151 prompted the Royal Australasian College of Surgeons (RACS) to undertake a large-scale research project, including quantitative prevalence surveys and qualitative data. The results were sobering, with 49 per cent of Fellows, trainees and international medical graduates reporting being subjected to discrimination, bullying or sexual harassment. The behaviours were reported across all surgical specialities, and in all Australian states and New Zealand.2 There were hundreds of qualitative submissions detailing behaviours that clearly had significant and long-lasting effects on the recipients.

‘The actual bullying behaviour was essentially belittling and intimidation, public humiliation, deprivation of teaching and blocking of opportunities to learn to operate. He repeatedly told me that surgery could not be taught, that being a surgeon was an innate quality that I did not have as I was a weak personality. He would criticise me in front of others and make me do menial tasks. He once physically grasped me by the collar when I was doing a ward round. He shouted at and pushed me through the door to a meeting….The harder I tried the more he became contemptuous of me.’3

In response, RACS embarked on Building Respect, Improving Patient Safety, an ambitious multi-year program addressing surgical culture, surgical education, diversity and equity, and a complaints process.5 As part of this program, Operating with Respect undertakes to educate all surgeons and trainees about unacceptable behaviours.

What has been done so far?

An online learning module has been developed and mandated for all Fellows, trainees and international medical graduates. This module defines unacceptable behaviours, explains their negative effects on patient safety, examines the contexts in which they occur and recognises speaking up as a professional responsibility. This module has been completed by 98 per cent of the target group. A demonstration version of the module is available for those outside the target group.6

RANZCOG members have access to the module via Climate.

The Operating with Respect one-day workshop was launched in April 2017. This course provides evidence-based advanced training on the practical strategies and skills necessary to create respectful surgical environments, build personal resilience and respond to unacceptable behaviour. The course is mandated for all leadership groups in the College including the council, major boards and committees, the Court of Examiners Executive and all training and research supervisors, comprising approximately 700 surgeons in total. Although attendees from the target group are prioritised, the course is also available for other surgeons where capacity permits, resulting in 1020 surgeons having now completed the course.

The Speak Up app was launched in May this year and is designed to complement the workshop, although it can be used as a standalone app. It provides resources for conducting ‘cup of coffee’ conversations. These are informal, non-hierarchical interactions with colleagues to raise awareness of unacceptable behaviours, prompt reflection and reinforce expectations.

A one-day course, Operating with Respect for Trainees, has been piloted and will be further refined before a wider launch. This course is being developed collaboratively with trainees and has the same aims as the course for surgeons. Particular care is being taken to teach strategies and skills that take account of trainees’ position within surgical teams.

Figure 1. The RACS Speak Up App.

Why is operating with respect important?

There is rapidly increasing literature showing that unacceptable behaviours are not simply a matter of ‘hurt feelings’. They negatively affect patient safety, team performance and doctor wellbeing, and cannot be compensated for with technical competence alone.7 The negative effect of incivility on team performance can be measured in a randomised control setting8 and co-worker reports of unprofessional behaviours are positively and statistically significantly correlated with the incidence of postoperative complications.9 Creating a respectful surgical environment can no longer be considered ‘extra’ or ‘nice to have’. It is a routine competence for ensuring good patient outcomes. 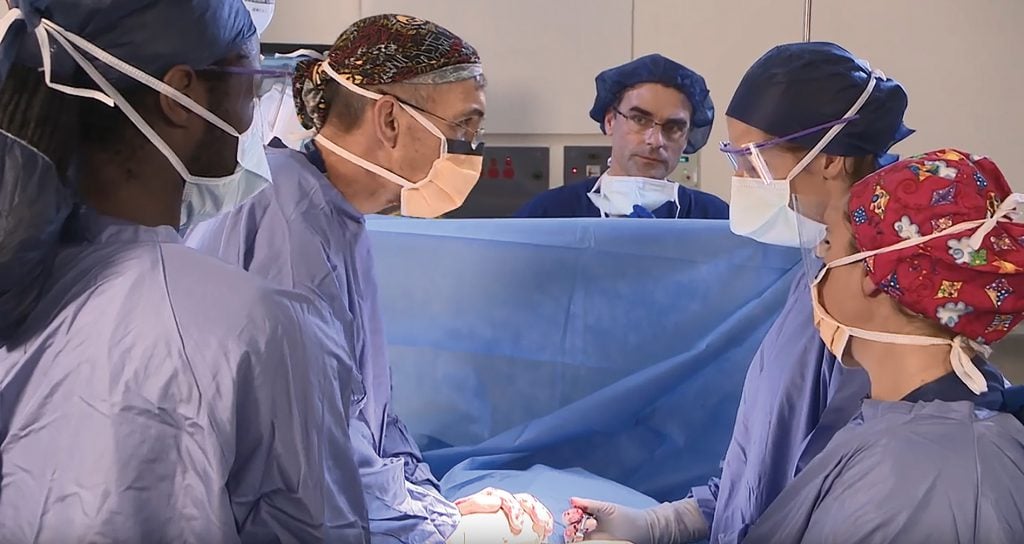 What are the key principles of the Operating with Respect course?

The Operating with Respect course has been developed by surgeons for surgeons, cognisant of modern healthcare settings, which are complex and demanding. It assumes that everyone is capable of lapses into disrespectful behaviours and avoids stereotyped language such as ‘bullies’, ‘perpetrators’, ‘victims’ or ‘angels’.

The course asks all surgeons to be reflective practitioners who can recognise their own triggers. Scripts or strategies are developed as a way to respond to these ‘amber moments’ in a considered way, instead of reacting in an instinctive way. The idea of deliberate, rather than habitual, actions is extended to surgeons’ role as team leaders, in order to build respectful environments through behaviours that flatten the team hierarchy.

The course does not take a prescriptive view of behaviours, and explores the concept that context is essential for the interpretation of behaviours, as well as the related concept that there is often a gap between how a behaviour is intended and how it is received. This moves away from the simple definition of specific behaviours as ‘above the line’ or ‘below the line’ and provides a more nuanced and real-world approach. For example, it may be entirely respectful to raise one’s voice if trying to communicate in a noisy theatre, while in the same theatre it would be disrespectful to raise one’s voice to belittle or reprimand. Similarly, a casual remark with no ill-intention may be perceived to be disrespectful by a recipient due to previous experiences. Recognising these gaps between intention and perception leads to the notion that respectful environments require psychological safety for open dialogue and discussion of differences, rather than polarising judgements about ‘right’ and ‘wrong’.

The course explores informal approaches to unacceptable behaviours. Existing approaches often offer a binary approach – either staying silent or embarking on a formal complaint approach. Staying silent normalises unacceptable behaviours, while formal complaint processes can be prolonged and result in repercussions for the reporter. Informal approaches provide a continuum of responses between these two extremes. The ‘cup of coffee’ conversation is taught and practised in the course, based on data showing that 71 per cent of recipients of a ‘cup of coffee’ conversation do not receive any further reports in the subsequent year.10

Where to from here?

The negative effects of unacceptable behaviours are increasingly recognised across the profession of medicine. Multiple prevalence surveys in different organisations, including RANZCOG, have found high rates of unacceptable behaviours.11 12 13 14 For the most effective action, educational efforts must be complemented by policy and regulatory supports, particularly in workplaces. We must collaborate, share resources and strengthen the ties between colleges so that we can establish respectful environments throughout our interprofessional teams in the workplace. Our patients deserve nothing less.