Summer is now with us, and I hope all of you will have the opportunity for some rest and relaxation over the festive season. I spent some time with the senior leadership of one of the large medical indemnity organisations recently and one of their messages was clear: rest and time away from clinical work are good for our patient care. Significant to the profile of a number of practitioners who are involved in medico-legal claims is overwork and lack of down time. So even the workaholics among us must take some time off to clear our heads, rest our bodies, and make sure we have the physical and mental resources to provide the level of care women deserve. So… take a break!

Many of you will remember the shocking attack against RANZCOG Trainee, Dr Angela Jay. The violence against Dr Jay made front-page news around the country and internationally. Dr Jay has come through the highly public and near-fatal attack with dignity and resilience, and has demonstrated an incredible determination to harness the emotion and publicity to benefit women everywhere. She has joined me in putting prevention of violence against women at the forefront of College advocacy. As the new MBS maternity item numbers support screening for violence, it has become a personal mission of mine – supported with incredible energy and focus by Dr Jay. 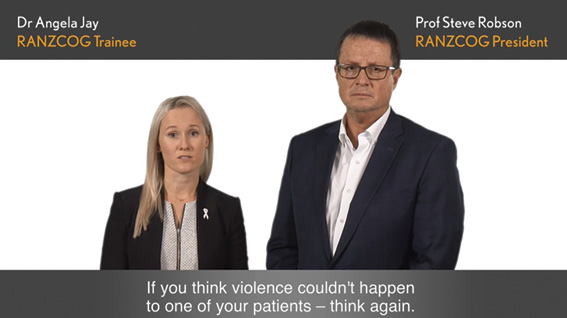 Video regarding changes to MBS obstetric item numbers available on the College website.

Since my last column, I have had the ‘pleasure’ of appearing before the Senate Inquiry into transvaginal mesh. The College had made a detailed submission to the Inquiry, an effort driven by Chair of the Urogynaecology Subspecialty Committee, Dr Peta Higgs and her team. I am extremely grateful for her wisdom, experience and hard work in drawing together a sometimes diverse body of opinion in writing the submission.

Along with Urogynaecology Subspecialty Committee Deputy Chair A/Prof Chris Benness, and College CEO Ms Alana Killen, I appeared before the inquiry at Parliament House in Canberra. The appearance was very intimidating, as we knew that an enormous amount of unwarranted criticism had been levelled at the College and our handling of the issue. We spent a great deal of time preparing for the appearance, and I need to acknowledge Dr Agnes Wilson and Ms Jacqueline Maloney for the hard work they did behind the scenes. The report from the Senate Inquiry is due for release in November, and might well be out by the time you read this. 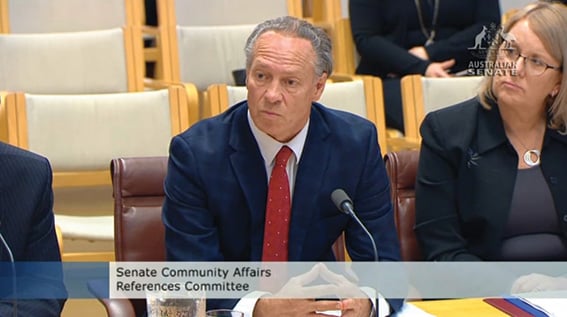 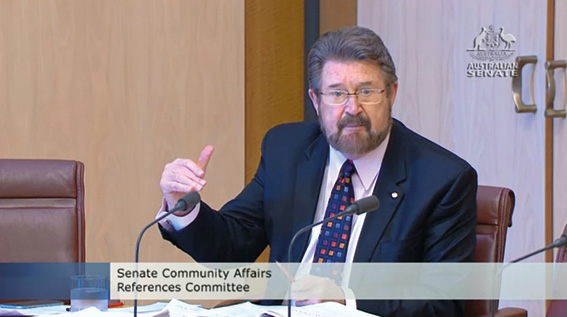 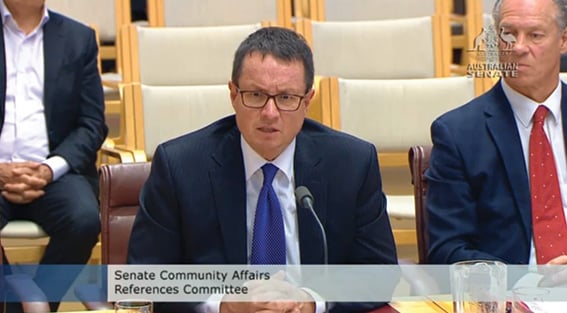 The College President and CEO, and A/Prof Christopher Benness appeared before the Senate Inquiry in September.

Many Fellows and GP obstetricians have a private practice component to their work, and in Australia private care is fundamental to both obstetrics and gynaecology practice. Almost one third of births occur in private hospitals, and the majority of gynaecological operations and procedures take place in private settings. In Australia, a healthy balance between the public and private systems seems fundamental to the provision of good care for women.

In response to this, I have convened round-table meetings at College House with key figures and organisations from across the spectrum of private health in Australia. Participants come from the Anaesthetic College and Society, the AMA, NASOG, private health insurers and hospitals, Private Health Australia, indemnity providers, as well as Government and the opposition. Focus groups are being run in most Australian capital cities. I am hoping to provide a detailed report on recommendations and actions from these activities early in the new year.

It has always been a core College activity to support women’s health for our Pacific neighbours. The largest Pacific country, Papua New Guinea (PNG), is a short flight from Australia, yet has some of the worst health outcomes for women in the world, owing to a combination of factors. PNG has a high-skilled and dedicated women’s health workforce and the College is absolutely committed to supporting them. I had the privilege of attending the PNG Medical Symposium in September – along with the Presidents of RACS and ANZCA – and met with the Prime Minister and Health Minister of PNG, as well as senior officials from the Australian High Commission, to discuss access to safe care.

The College has just released a major overview of Pacific women’s health that outlines key challenges and solutions, which can be found here: www.ranzcog.edu.au/Womens-Health/global/What-we-do. While the College’s resources are limited, we have an excellent ability to advocate for Pacific health and to partner with governments and NGOs. Ms Killen and I met with the Minister for Pacific Development to discuss opportunities to work together. Also, for the first time, RANZCOG has signed an historic letter of intent with the American College of Obstetricians and Gynecologists (ACOG) to work together on women’s health issues in the Pacific. 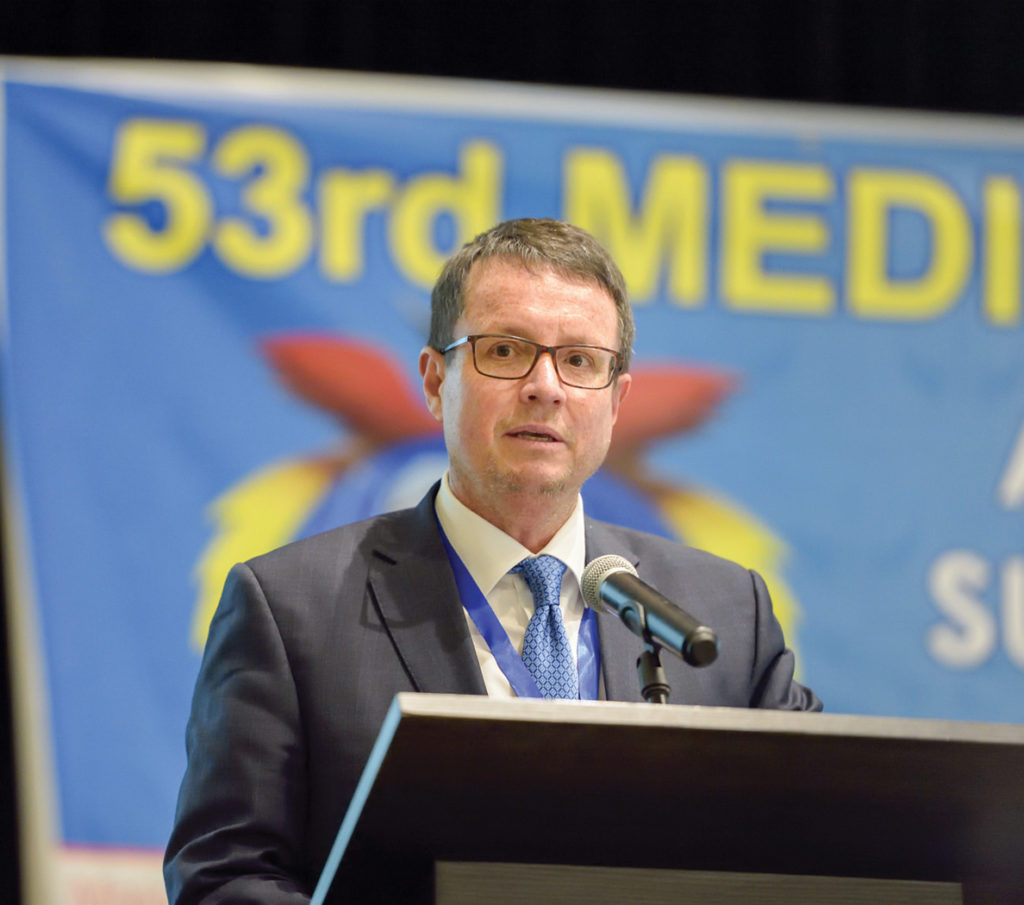 Prof Robson speaking at the PNG Medical Symposium about the critical importance of resourcing women’s health.

Before I became President – even when I was on the College Board – I had little idea about the enormous workload going on at College House. Some issues you will hear about next year are: the College House redevelopment; revalidation; Aboriginal and Torres Strait Islander women’s health; rural workforce; responses to procedural training issues; a new National Maternity Framework; the cervical screening renewal and changes to C-QuIP; the new College maternity app; the National Women’s Health Summit… Since there is clearly a large workload ahead of us all next year, I prescribe a restful summer break for everyone.